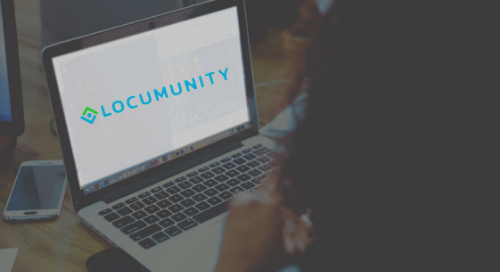 You probably know, by now, that there’s a contradiction inherent in contemporary medicine: patients can’t get access to the health care they need, yet physicians across the country are burning out, and aspiring physicians can’t find work. In short: there aren’t enough doctors, and there are too many doctors. It just doesn’t make sense.

While she was in practice as a locum in Family Medicine and Maternity care, this contradiction became apparent to Dr. Haneen Abu-Remaileh—and she decided to do something about it. “Let’s just say the bystander effect doesn’t apply to me,” she says. “When I see something that needs to be done, I do it.”

Dr. Abu-Remaileh, a first-generation immigrant from Jordan and graduate of UBC medical school, saw that there was a fundamental flaw in the way physicians were recruited and distributed across the country. She did some research and discovered some disturbing statistics. For example, specialist physicians in B.C. were reporting an average wait time of more than 21 weeks, while 16-percent of new specialist physicians were unable to find jobs. In addition to that, the Canadian Medical Association had just released a nationwide study on physician health and wellbeing that highlighted alarming rates of physician burnout: over a quarter of physicians reported high emotional exhaustion, 19-percent scored low for social well-being, and 15-percent suffered from depersonalization, i.e. losing their sense of identity. “I kept coming across literature that outlined the problem,” Dr. Abu-Remaileh remembers. “The increasing rates of physician burnout, smaller cities and rural areas struggling to recruit and retain physicians, underemployed graduates, increasing wait times.”

It occurred to Dr. Abu-Remaileh, who had already practiced as a locum physician, that much of this stress and overwork was partially rooted in the difficulty of finding a replacement to cover a practice. The existing process was time-consuming, complicated, and unclear—which means many doctors aren’t able to take the time off they need, when they need it. As a locum, Dr. Abu-Remaileh was in high demand, but the only way that physicians who might need her help could connect with her was via word of mouth.

This all led her to create Locumunity, an online marketplace where job-seeking physicians and medical facilities can connect directly with each other. Think of it like a matchmaking site—but for locum physicians looking for temporary placements.

Since its launch in 2017, Locumunity has quickly gained traction in the medical community, with over 1700 physicians and 300 clinics now registered. “Prior to Locumunity, there was no centralized search tool to connect job-seeking physicians with medical facilities. Job postings were still in the classifieds section of printed medical journals, and fragmented online posting boards.”

Locumunity helps clinics to fill the gap when one of their doctors falls ill or needs to take extended time off, as well as individual physicians who need a break—whatever the reason might be. “Some are new mothers who want to extend their maternity leave, some want to take a sabbatical to continue their education, and others might just need a bit of space to recover their mental health.”

Although Locumunity’s current focus is the locum space, employers have begun posting permanent, Tele-Health, and urgent care jobs as well, which means that the data Locumunity is collecting at every step of the job-search process is becoming more and more robust—and more and more valuable. “Being a data-rich platform where, we can start teasing out the essential ingredients for a good fit between physician and clinic,” Dr. Abu-Remaileh says. “This will allow us to create predictive models and expand on the artificial intelligence in our matching algorithm, which will better enable physicians to find jobs on their own terms, while improving retentions for employers.”

Dr. Abu-Remaileh’s long-term vision is to grow Locumunity into something bigger than a job-posting board—and she has built the momentum to pull it off. Last year, she was accepted into Techstars Seattle, one of the most prestigious high-tech accelerators in the U.S. For the first few months of 2018, Dr. Abu-Remaileh’s brought her team – and her family – to Seattle to attend the intensive program.

In a culture that sends a message to doctors that they should always show confidence and hide their vulnerability, it can be hard to ask for help. Dr. Abu-Remaileh wants to change this. “Sometimes the best way to improve the health care experience for both doctors and patients is to make it easier for those physicians who want time off to take it.”

Dr. Haneen Abu-Remaileh, a female physician turned tech entrepreneur, has defied so many odds. She is a 1st generation immigrant from Jordan, who gained entry into the highly competitive medical school at UBC and completed residency in Family Practice/Maternity care in Calgary.

From her own experience, Dr. Remaileh realized that there’s a fundamental issue with physician distribution/recruitment in Canada. “There was no centralized search tool to connect job-seeking physicians with medical facilities. Job postings were still in the classifieds section of printed medical journals, and fragmented online posting boards.” She decided she needed to take action, so, Dr. Remaileh created a startup called Locumunity, which creates a centralized online marketplace where job-seeking physicians and medical facilities directly connect.

The online platform launched in Canada April 2017 and gained quick traction amongst the medical community, with 1700 physicians and 300 clinics currently registered. She defied the odds again by getting accepted into Techstars Seattle 2018, one of the top tech accelerators in the US, with a 1% acceptance rate. Dr. Remaileh is making waves in both medicine and tech, bringing the two together to create a solution to a problem felt by so many in Canadian medicine.