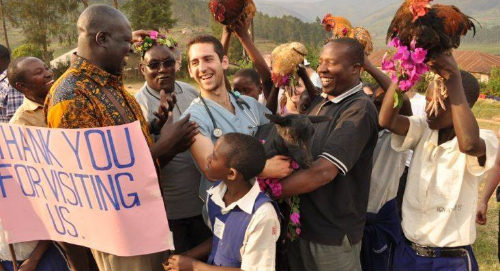 I didn’t always want to be a doctor. In fact, when I was young, I had a much different ambition: to become a world-class chef.

I liked working with my hands, loved food, and had grand plans to someday study at Le Cordon Bleu cooking school in Paris. But in Grade 10, I experienced a dramatic shift in my interests. Suddenly, I loved science. Until that point, I’d been a solid B minus student…but something about the sciences just clicked with me; I started focusing more in class, my grades started getting better. It probably wasn’t a coincidence that this switch happened around the same time my brother developed a rare autoimmune liver disease—but, whether or not my interests were subconsciously redirected by what he was going through, a new passion consumed me: the art of medicine. 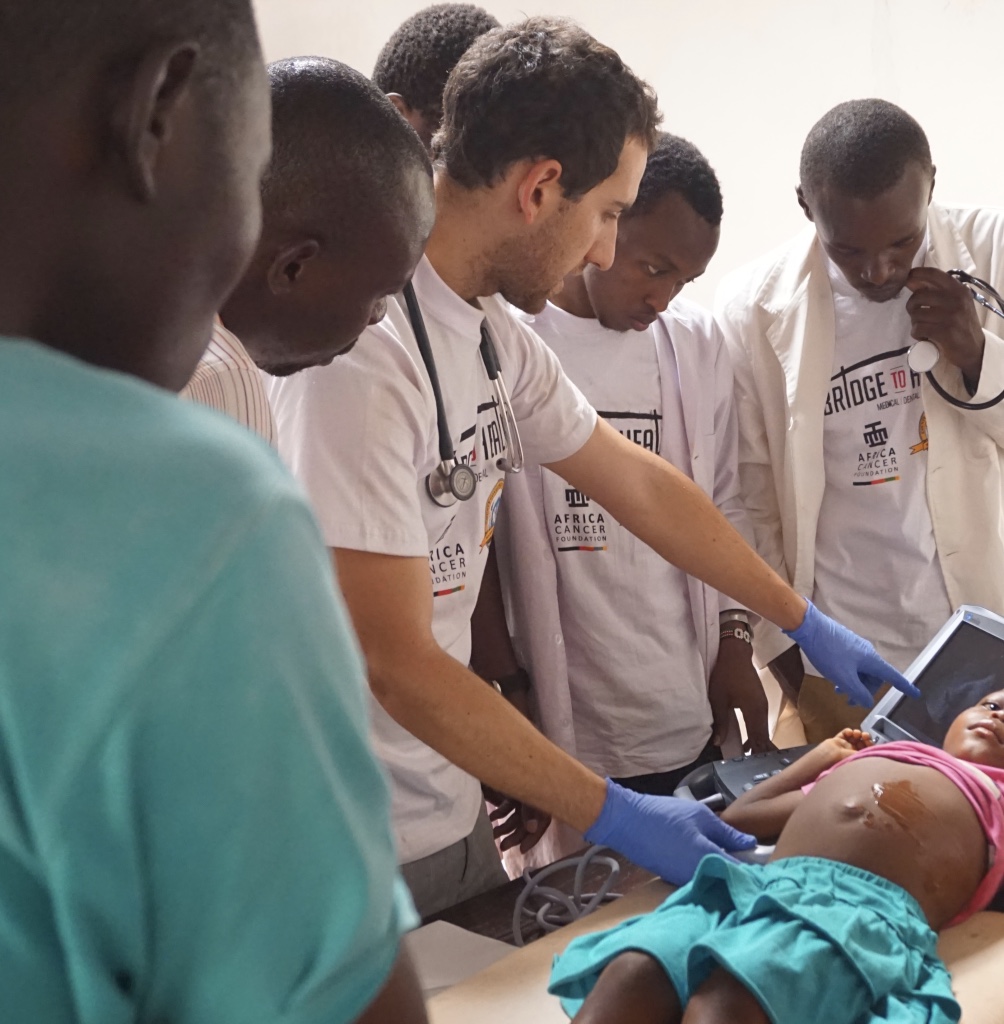 I ended up going to Western for my undergrad, then chose Calgary for med school. I was unsure, at first, but I went to the interview and felt that there was something very modern and student-centered about their culture—and, besides, I loved to ski and hike, so being near the mountains was a big plus. While I was studying in Calgary, I attended a talk by second year medical students about a rotation they had gone on in Tanzania, and, just like back in Grade 10, I became enthralled by an exciting new idea: going to Africa. Maybe I was a bit naïve, and didn’t quite know what I was getting into, but I did some research, and discovered that one of the major issues that African health workers struggle with is malaria. So, I put together a fundraiser with a couple of classmates, purchased some medication, and travelled to Dar es Salaam, the metropolitan center of Tanzania. It was there that I experienced the defining moment of my career.

To get a feel for the landscape of healthcare in Tanzania, we did a rotating observership through twelve different hospitals. Whatever illusions I had about the practice of medicine outside of Canada were shattered. I followed a surgeon who was opening a man’s abdomen to revise an infected prostate, and watched as the patient climbed onto the operating table himself, and then endured the surgery with only local anesthetic; wide-awake with no sedation, his straining broke sutures; a mosquito came in through the window and landed on his chest. During the operation, clearly sensing my emotions, the surgeon asked me if I’d ever seen jungle surgery. I said no, and he boisterously shouted, “if you think this is bad, you should see the jungle!”. I left that experience shaken. At the time, I couldn’t have understood that this Surgeon was doing his very best to help his patients with the limited resources available to him in the system he was placed in. This, I came to discover, is what the world is really like. 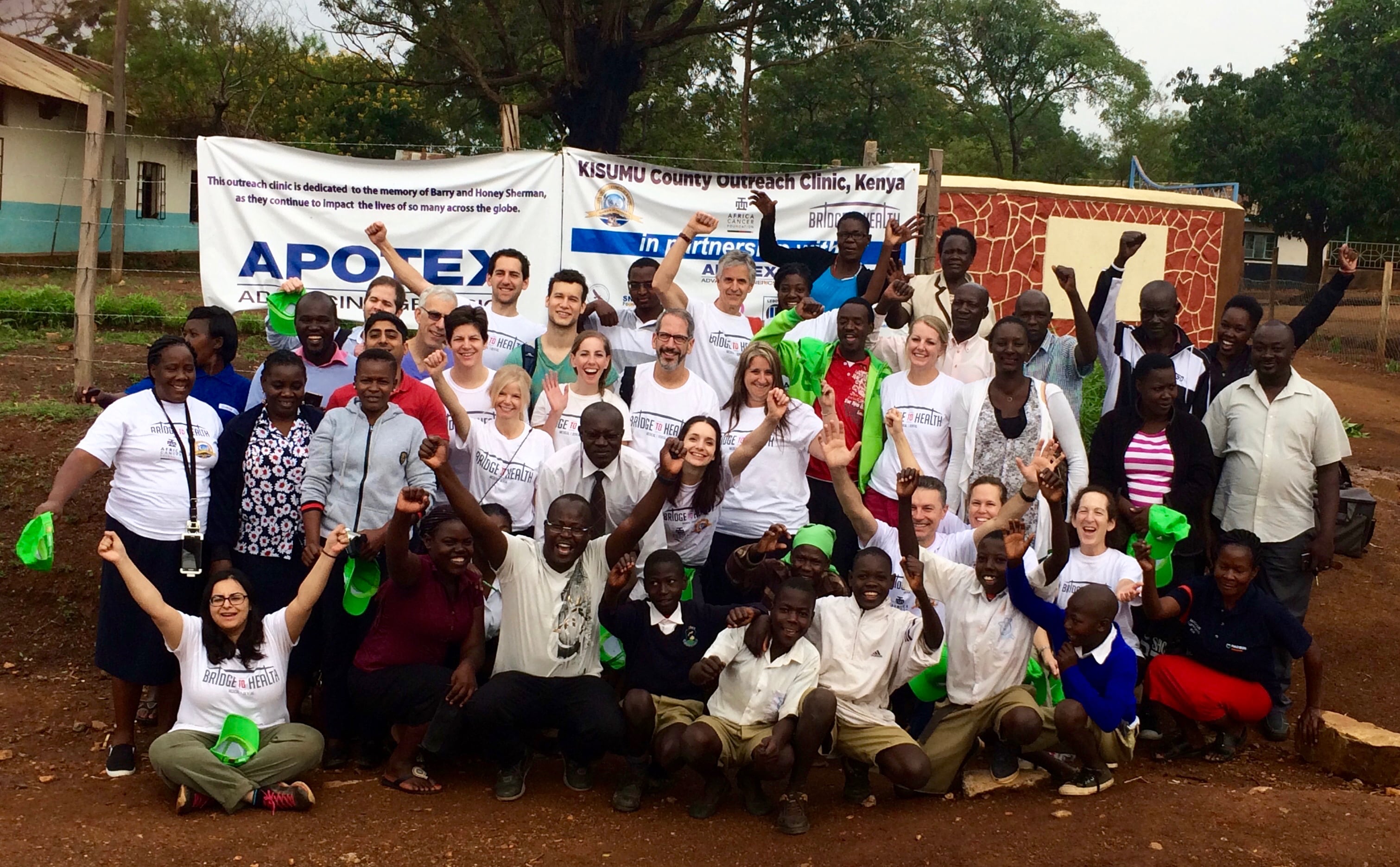 I returned to Calgary with a new perspective on medicine. A year later, as I was closing in on my last month of medical school and the end of CaRMS, I heard about a Ugandan organization called KIHEFO (The Kigezi Healthcare Foundation), a grassroots NGO run by local health care workers in the southwest of the country. I reached out to them and asked if I could come for a rotation, and ended up travelling there to spend time with one of the local doctors. Their model was innovative: they understood that poverty, education, and disease were irrevocably intertwined, and that you couldn’t address them in isolation from one another.

I wanted to help them somehow—in some way that went beyond just volunteering as a medical student; something that would capture the significance and creativity of what they were doing and also help them better engage new students and learners from around the world. So, I decided to write a paper…in three days. Holed away, fueled by coffee, I managed to capture everything I had observed and explained what had inspired me about their approach. The paper, about international medical electives, was soon published, and proved to be the start of my research into global health.

Bridge to Health, the charitable organization that resulted from these experiences, began as a partnership with a group of dental professionals I’d met with over coffee in Toronto. Dr. Geoffrey Anguyo, Executive Director & Founder of KIHEFO, had asked me to meet with them in hopes that I could leverage my experiences and convince them to come work in Uganda. At that first meeting we quickly realized we had the same goals – to work with local governments and grassroots initiatives to improve healthcare service in low-resource areas – and it seemed natural that we should team up. Eight months after that initial meeting, our first team of doctors, dentists, and other healthcare workers had their feet on the ground in Uganda. Seven years later, Bridge to Health has grown, evolved, and improved, and now operates in rural communities across Uganda and Kenya, with possible new programs in Rwanda and Namibia.

One of the fundamental principles of Bridge to Health is that we’re not a permanent entity in these places—the programs we support are distinct from our own, and our mandate is to get them up and running and funded. We’re not there all year long, nor should we be—our teams help build and develop health systems, educate and train local providers, and implement long-term solutions for care that can be sustained locally long after we leave.

You might be thinking: why does this matter, here in Canada, on the other side of the planet? The truth is, working in a low-resource setting has helped me (and many other physicians) practice better here in Canada, specifically in rural areas. You can live in a small community in Alberta and face many of the same challenges that someone in Uganda does: long wait times, limited access, difficult environments (although you’re more likely to get snow in Alberta!). And while these can be frustrating, knowing what it’s like in other places around the world has helped me to value the basic skills I have as a doctor, and how best to use them to treat my patients. And once you learn that, particularly as a student, you become more comfortable working in a rural setting—which is the first step to building a strong rural workforce for underserved areas in our own country.

Today, Bridge to Health remains an important part of my daily work—even in the midst of my busy professional life as an emergency physician. Luckily, I like doing lots of things, and have found a great balance in my schedule so that I can accommodate all the passions I’ve picked up along the way. The only thing I don’t seem to have time for these days is learning how to make the perfect Beef Bourguignon. But, I guess there’s a chance I still might make it to Le Cordon Bleu. Someday.

Dr. William Cherniak is an emergency room doctor with training in family medicine and public health. He helped cofound Bridge to Health Medical and Dental (BTH) at the tender age of 24 while in residency, and has been proud to steer the ship for the past 6 years as Board Chair and Executive Director. BTH is now launching a new branch – BTH USA – based in Washington, DC. He loves absurdly long hikes outdoors, including events like climbing Mt. Kiliminjaro and Mt. Rainier, and somehow convinced himself to do two ironman competitions in his last year of medical school. He’s more stable these days and commits to a shorter triathlon every now and then. In 2016/17 he spent some time in a global cancer fellowship south of the border at the NIH/NCI, Center for Global Health and taught at the University of Southern California – which helped him avoid a whole lot of polar vortices! Now, he teaches at Northwestern and the University of Toronto, which means he’s squarely in the center of the artic winds.