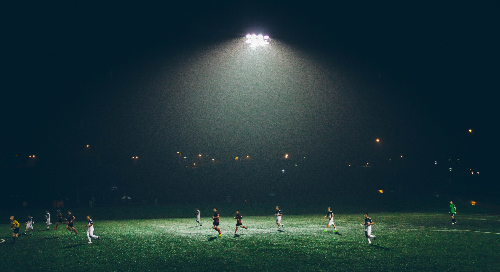 A doctor’s journey from Cairo to Team Canada

Growing up in the suburbs of Cairo, Egypt, football was an integral part of our lives. The kids in my neighbourhood played, watched, ate, and breathed football. Every minute of every day. To say that I grew up with the sport as my best friend is an understatement—no matter where I was, no matter what I was doing, it was the one true constant in my life. 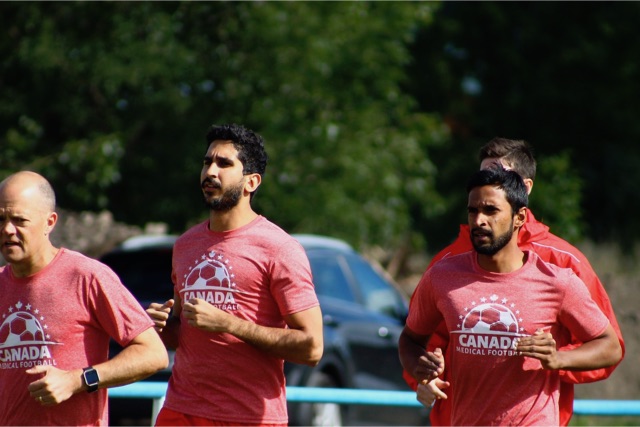 This was particularly true when my family emigrated to Canada in the mid-1990s. The language barrier was easily surmounted by a mutual love of the beautiful game. I grew up, made friends, and forged my identity as a Canadian. Part of that identity was a desire to provide a good life for the people who had worked so hard to give me the opportunities I had before me: my parents. This meant that, alongside my athletic pursuits, I was committed to academic and scholastic achievement.

I was lucky that I didn’t have to compromise on either front, but this only held true until I started my undergraduate training. This was a critical juncture for me. In order to maintain focus on school, I was going to have to pull back my involvement in football. Needless to say, this was not a comfortable realization. But I did what I could to stay involved: playing on campus in organized and pick-up games, playing during summers with my provincial team, refereeing and coaching junior leagues, etc.

After much hard work, I had realized my goal of becoming a physician. My commitment had paid off, and I was finally able to study and practice medicine. My parents were proud, and so was I. I was still playing football, in local leagues, with colleagues from the hospital, but I definitely wasn’t as engaged as I once was.

All that changed when a colleague from my residency mentioned that he was playing in an upcoming tournament in Barcelona—for a team of Canadian doctors. Of course, the words “Barcelona” and “football” would send any football enthusiast into a frenzy. I could hardly control myself. “I need in!” I told him.

I quickly got in touch with Paul Dhillon, the organizer of the team, and managed to secure a spot on the inaugural Canadian team for the World Medical Football Cup. After such a prolonged absence from competitive football, I was finally able to bring together my passion for medicine, my love for the sport, and my pride in my country. What followed became so much bigger than the sport itself. 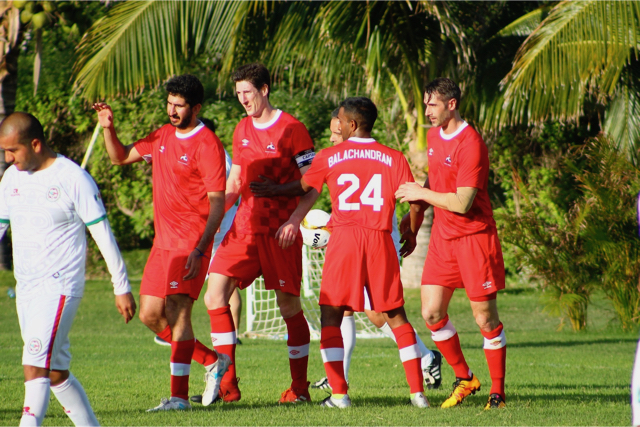 The Canadian team is eclectic. Different medical specialities, places of residence, ages, ethnic backgrounds, etc. But the closeness and camaraderie is unique. And I made personal and professional connections that I will keep for the rest of my career. Memories, too. I remember a summer night during our second campaign, in the mountains of Leogang, Austria. It was right before I got married, and the team had gathered for a stag night in my honour. They regaled me with tales of their own nuptials, life advice on marriage and kids, career and balance.

I recall another evening where I received a call from a teammate, months after the tournament, telling me to expect a phone call from a division director looking to hire within my specialty (a highly competitive job market). I had only been on the team for a year or so, but our connection was strong, forged in the fires of competition. These doctors were colleagues, friends, and mentors—a family. To this day, I can still call on any of them for guidance, whether professional or personal. And this experience inspired me to do the same for junior members of the team, connecting with them and offering whatever help I can, facilitating connections, sharing my experiences.

As we gear up for our upcoming tournament in Prague, I think about the boy playing football on the streets of Cairo. He’s now wearing the Canadian flag, taking the pitch with a family of physicians against teams from more than twenty other countries.

It’s an honor and a privilege to be able to practice medicine while living out my lifelong passion for football. And I want to pass that privilege down to the next generation of doctors just starting out on their career paths. 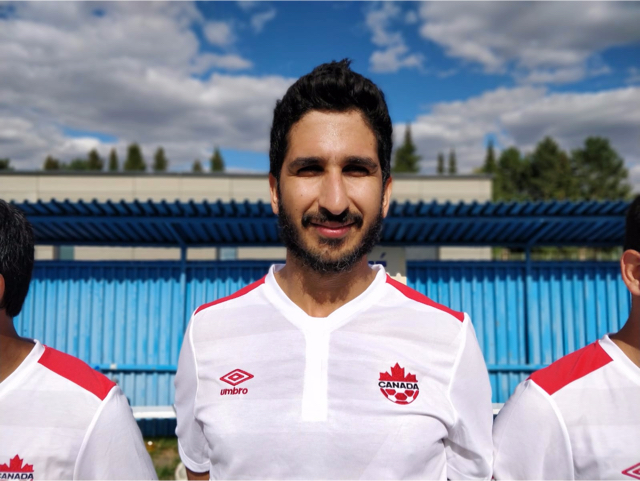 That’s why the other players and I are expanding our outreach to medical schools, undergraduate university programs, and even to high schools within our respective communities. The message is a simple one: you can work hard and achieve your academic goals, build a rewarding career, and still maintain your interests to remain well-rounded.

Playing football does not diminish us as physicians. In fact, it makes us better. And I can tell you that from personal experience. Having the opportunity to represent Canada as a physician and a footballer has only added to my life. Allez les rouges!

Dr. Ali Ibrahim is a hopeless Raptors and Leafs fan. He is trained as a general internist and nephrologist, which makes him as certified a nerd as one can get. He recently started biking to work, and is a bit too proud of it. He’s also extremely excited that his native Egypt is in the World Cup in 2018, and will be virtually unreachable during the tournament.