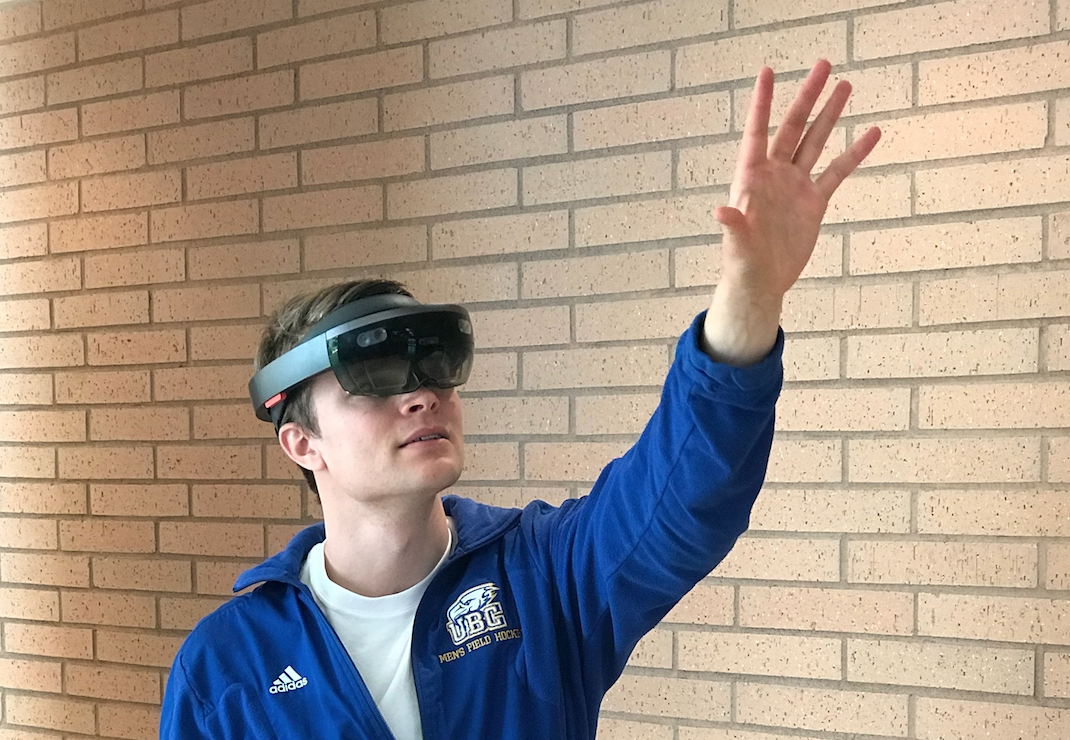 The CFMS–MD Financial Management Leadership Awards recognize passionate, dedicated and caring medical student leaders throughout Canada who have made innovative contributions to their schools and communities.

In high school, Philip Edgcumbe would thank people if they called him a nerd. His growing passion for science – and science fairs, in particular – made the idea of being known for his love of learning and science a point of pride. It was no accident, then, that Philip ended up pursuing a career in medicine; having spent time volunteering at retirement homes and hospitals when he was younger, he came to realize the importance of (and develop an aptitude for) patient care.

But even as he entered med school at the University of British Columbia, his infatuation with applied science didn’t wane—in fact, his extraordinary career has come to be defined by the creative coalescence of patient care and scientific innovation. “Along the way I learned there are tremendous opportunities for people that work at the intersection of engineering and medicine.” 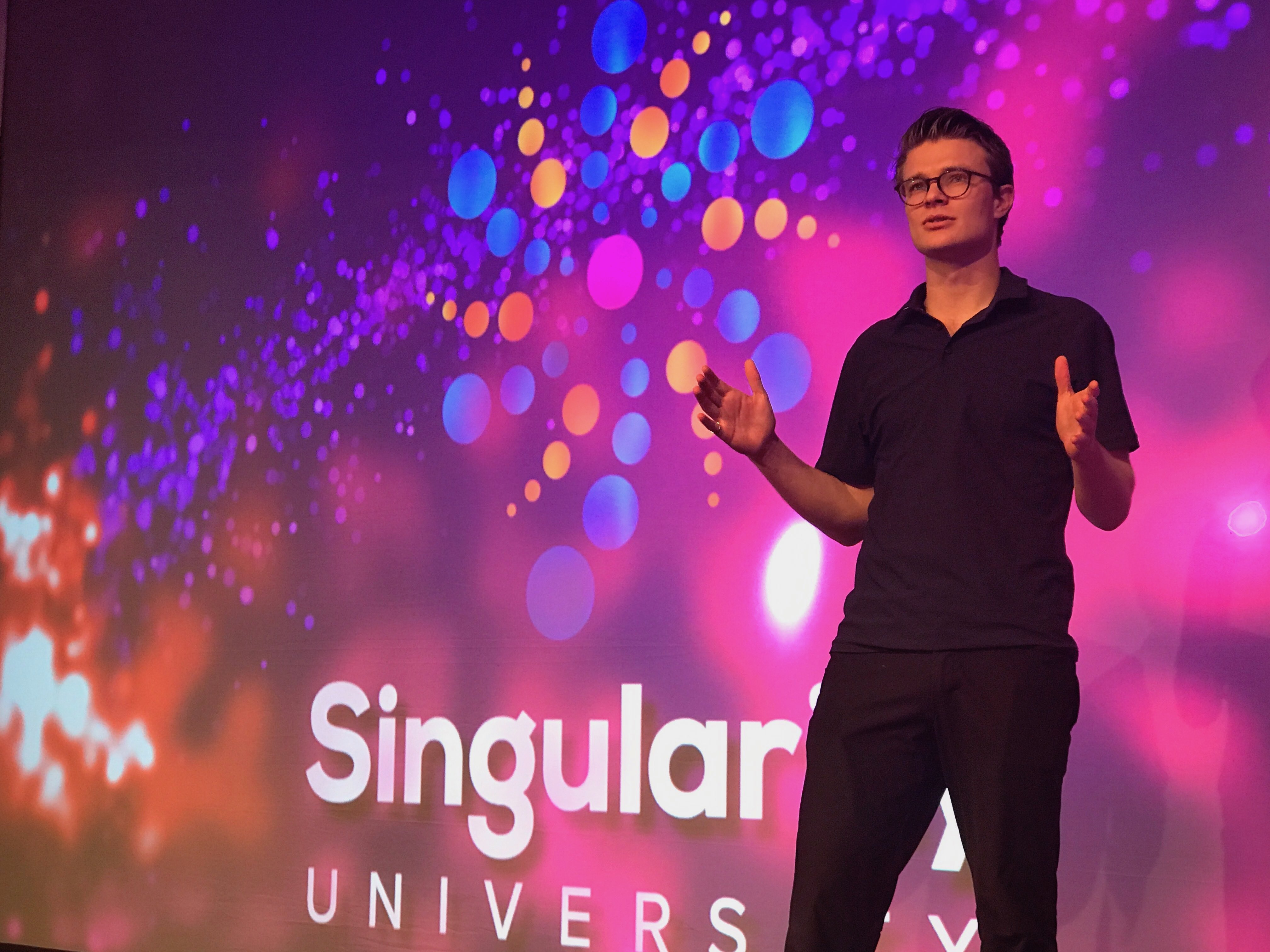 Philip wasted no time in putting his idea to work. When he was still an undergraduate in engineering, he worked at UBC’s storied Brain Research Centre, where he helped to develop a new method of observing and recording brain activity by designing and building a two-photon microscope. In 2016, he studied at Singularity University in Silicon Valley, and the following year led a team that raised $25 million USD to run a crowdsourcing competition to End Alzheimer’s—a project that was selected for launch by the XPRIZE Foundation.

While in the MD program at UBC, Philip gave himself a new – and ambitious – goal: to improve abdominal cancer surgery outcomes. “No one wanted to tackle kidney cancer—but I knew that there was space for innovation.” The result was the Pico Lantern, a medical device that Edgcumbe invented and patented. It maps the internal landscape of a patient’s body and provides an augmented reality view for surgeons, tracking where organs are moving, and where a surgeon’s instruments are relative to the tumor they’re extracting. Think Google Maps, but inside your body. “I wanted to give surgeons better information about the underlying anatomy they were working around—so I took direction and inspiration from practices in neurosurgery.” 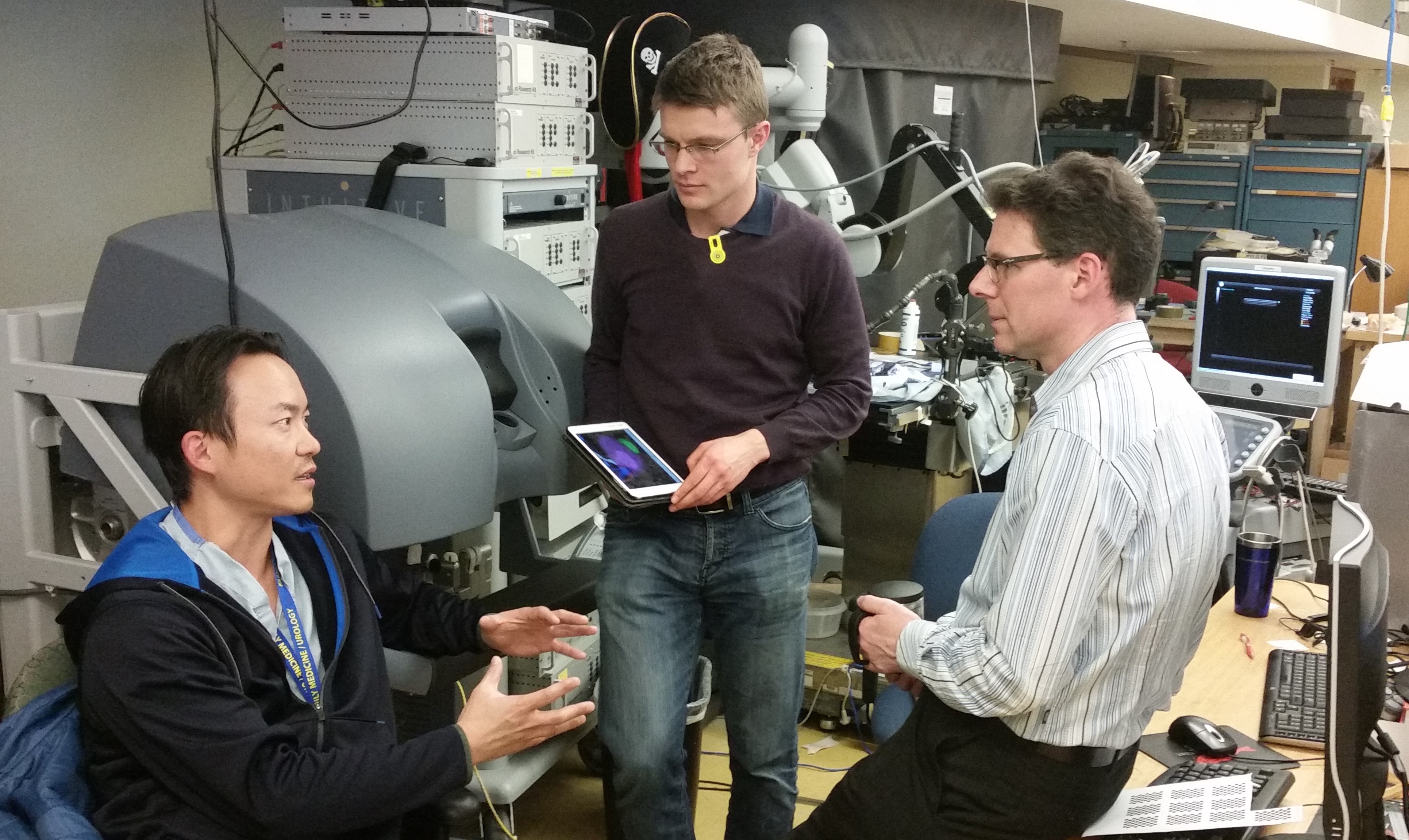 But Edgcumbe’s work is about more than just finding ways to empower individual physicians and save individual patients. Despite his relative youth, he has positioned himself as a leading voice in the field of disruptive technology and medical innovation, and regularly speaks at events across the country to educate and prepare Canadians for the future of healthcare. His ultimate goal is to create a future in Canada with “deep medicine” and “healthcare abundance”. Deep medicine, as defined by Dr. Eric Topol in his most recent book, involves both a deep understanding of the patient as it relates to all of his/her health data as well as deep empathy and connection between the patient and physician. Philip defines healthcare abundance as “timely and effective medical care for all Canadians”. He believes that an important part of creating deep medicine and healthcare abundance will be to continue to adopt technology into the practice of healthcare.

He recognizes, however, that it won’t always be an easy path to follow. “Every specialty has an old guard—they’ve been doing what they do for 10-20 years and doing it successfully. They often don’t see a need for improvement.”

Though his ambitions are grand and his perspective universal – comparisons to world-changing innovators like Steve Jobs and Elon Musk aren’t unwarranted – Philip has nonetheless maintained that deep-seated affection for patient care that compelled him to choose medicine in the first place. “I appreciate the meaning that comes from seeing patients and from the inherent trust that patients put in you as a doctor. I made a very conscientious decision to bridge the world of technology and innovation with health care. I find pleasure in both worlds—in research labs and with patients in the clinic.”

Philip Edgcumbe is a Canadian scientist, biomedical engineer, medical innovator, doctor in training (MDPhD) and entrepreneur. In 2017, Philip led a team that developed an XPRIZE crowdsourcing competition to End Alzheimer’s. His team raised $25 million USD to run the Alzheimer's XPRIZE competition and the Alzheimer's XPRIZE was selected as the top priority XPRIZE for launch in 2019.

Philip is striving to positively impact the health of a billion people by connecting medicine, biomedical research, and entrepreneurship. He has invented, patented and licensed a medical device and was part of two biomedical start-up companies. He is currently the Innovator-in-Residence for the Canadian Medical Association Innovation Lab. In 2014 Philip was the recipient of the Outstanding Young Scientist award at the Medical Image Computing and Computer-Assisted Intervention (MICCAI) conference. In 2016 he spent the summer in Silicon Valley at Singularity University where he applied exponential technologies to medical innovation. In 2017 he received the Canadian Medical Hall of Fame Award. Philip is a Singularity University Canada Faculty member and he speaks internationally about the topic of Disruptive Technology and the Future of Health Care.