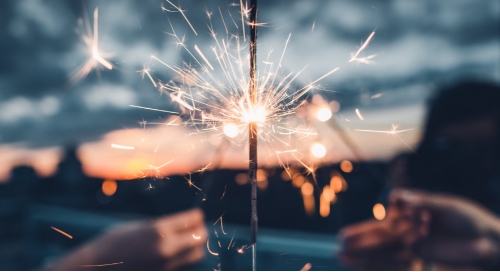 When we started onboardMD Magazine back in the spring, our goal was to give you a quick escape from your rounds with real-life stories from students, doctors, and residents just like you. Over the past year, those stories have included unexpected, unspoken, super-secret lifehacks for surviving med school, advice on how getting out of the classroom can make you a better doctor, and some frightening Halloween tales that only med students would appreciate. We also profiled several of the players from Canada’s Medical Football Team, and shined a spotlight on the winners of the CFMS–MD Financial Management Leadership Awards.

If you’re a regular reader, we hope you’re getting the inspiration and confidence we’re aiming to provide with our original content. And if you’re new to Magazine, here’s a great way to jump in and see what it’s all about—by checking out our most-read stories from the past year:

5. When doctors take to the pitch

The story of the establishment of Canada’s Medical Football Team from its founder/manager/player, Dr. Paul Dhillon, is all about how finding a balance between your clinical and personal passions can help you live a unique and successful life as a physician.

Yaeesh Sardiwalla is a fourth-year medical student at Dalhousie University, and a winner of the CFMS–MD Financial Management Leadership Award. Originally from Durban, South Africa, the time he spent in rural communities in Nova Scotia helped him recognize the importance of a patient’s role in medical decision-making. As he says in this profile, which was the most popular of the entire series: “My philosophy for leadership recognizes its roots in empathy and community.”

3. Why I’m becoming a physician

After being employed as a critical care nursing officer in the Canadian Armed Forces for 12 years, Stephanie Smith decided to go to medical school so that she could pursue one of the military’s most vibrant and rewarding careers: Medical Officer.

When Sandra Rao didn’t match during CaRMS, she was devastated—and, even worse, she didn’t know who to talk to, or what to do next. But as she writes in this essay, her fifth year of medical school turned out to be the most important. With a record number of students going unmatched this past year, it’s no wonder this is our second most-read article of all-time.

1. The three lessons I learned from cancer

When Shihan Rajasingham was diagnosed with nodular sclerosing Hodgkin’s Lymphoma in the middle of his surgical clerkship rotation, he wondered if he would ever make it back to medicine. But by remaining engaged in his life, and choosing to see himself through a different lens, he was able to turn his unexpected illness into a life-defining moment—and he captured it all in this essay, which was our most popular post of the year.