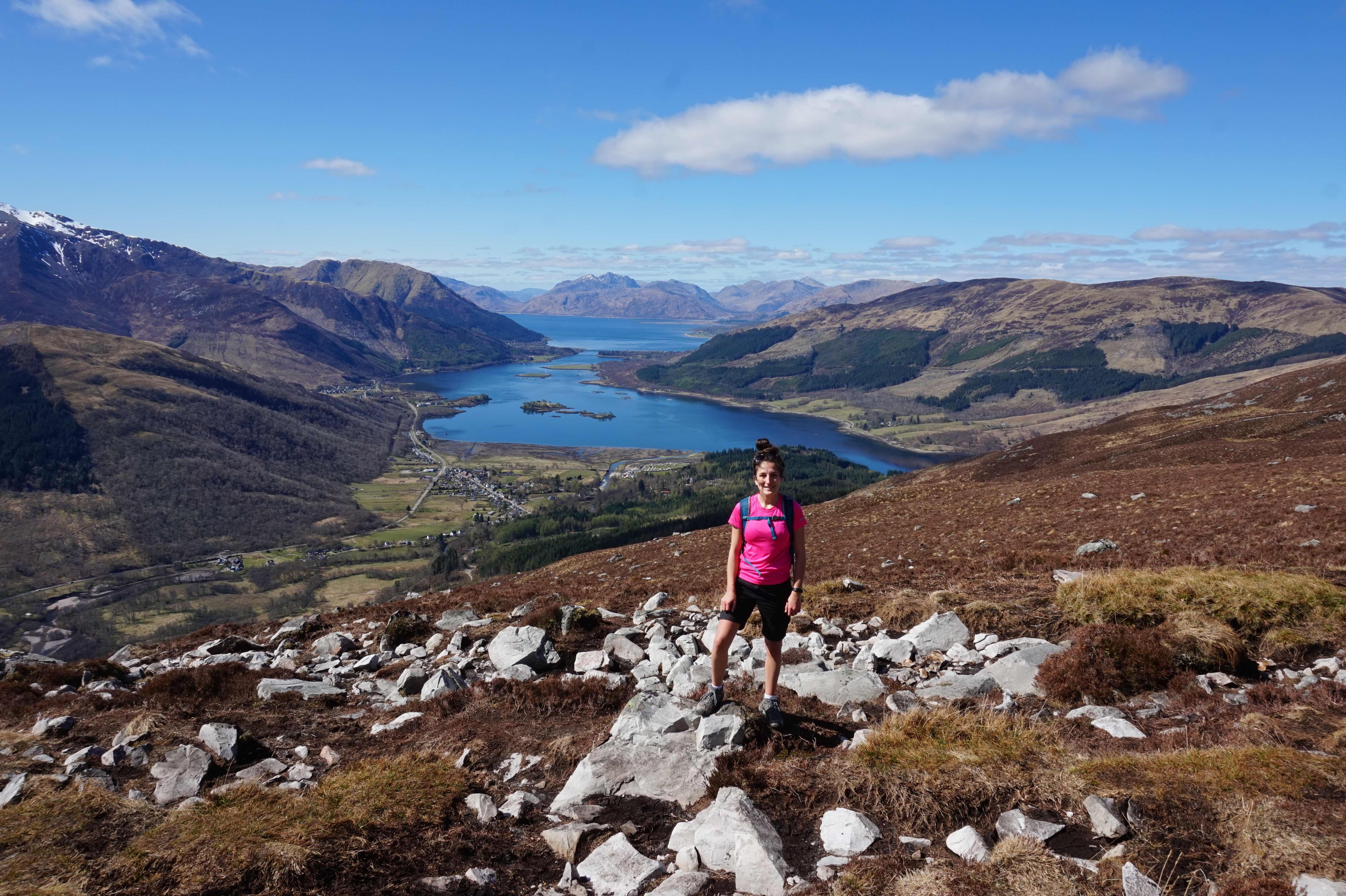 I’ve always been fascinated by the human body – how it works, how it breaks down, and how we treat those breakdowns – and so I always knew that I wanted to do something related to the life sciences. So that’s the degree I pursed at Queen’s University, starting in 2008. I had often thought that medicine might be the route for me, but it wasn’t until part way through my undergrad that I began to realize just how difficult it was going to be to become a doctor.

Which might seem naïve. I mean, everyone knows it’s hard. But not many people – except maybe doctors themselves – appreciate the level of sustained effort that is required to take on medicine as a career. During my undergrad I saw firsthand how hard the MCAT was, how high you needed to get your GPA, how much time was required just to apply for med school—not to mention the unyielding commitment required to get through it.

A lot of students in my program at Queen's were studying to become doctors. Others were aiming towards other healthcare professions: pharmacy, optometry, dentistry. But most were focused on medical school, and a lot of them wrote the MCAT in the summer between their second and third year. But I didn't. To be honest, I just wasn’t ready for it, and I didn’t want to invest my entire summer preparing to do something I wasn’t even sure I wanted to do. Why? Because I knew once I took that test and started down that path, there was no turning back; I’d be one-hundred-percent committed to medicine for the foreseeable future—and beyond, and I just wasn’t ready. There was so much that I wanted to do before I made that kind of commitment: travel, live in different places, explore other interests. 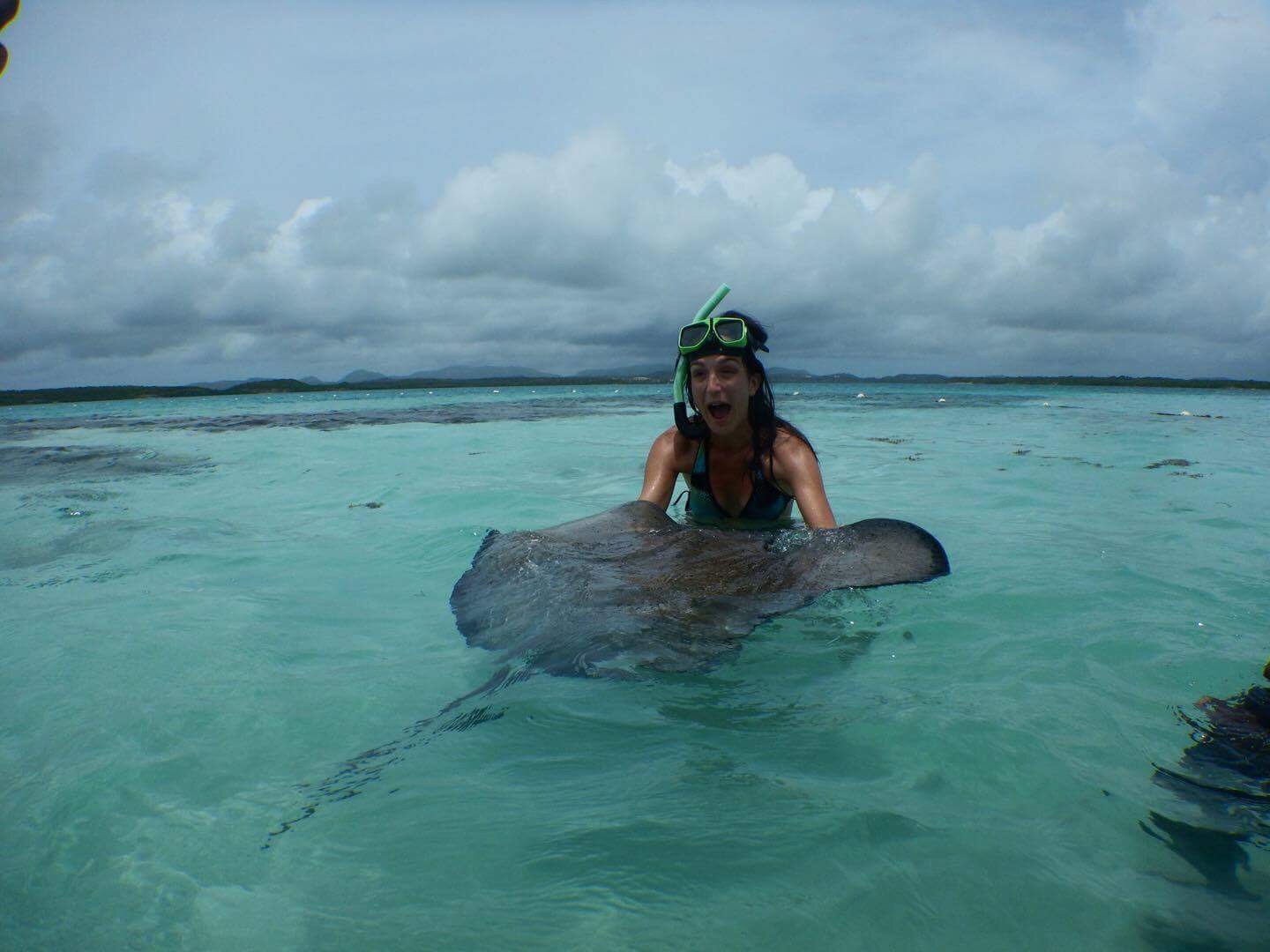 So that’s what I did. I waited. I took some time after finishing my undergrad to live abroad, see the world, experience new things. In 2013, my overseas adventure began: I moved to Scotland to do my Master’s in Human Anatomy at the University of Edinburgh, then stuck around for a couple years to work for the Edinburgh Science Festival. Being based in Scotland, this job took me all over Europe, to the Middle East, and other parts of Asia. This time that I spent abroad, travelling, and experiencing new cultures, was absolutely incredible.

In 2016, I finally decided to start making moves towards medical school; but, as I knew, getting into med school in Canada isn’t easy. It takes time, effort, and, more often than not, multiple attempts. But now I was ready. Ready to make that commitment, and push myself into this career path. So, I dove right in. I wrote the MCAT in London, England (you can write the test abroad!), and was certain that my score was good enough to get me a few interviews at Canadian schools. But that wasn’t the case. Later in 2016, I moved to Dominica and was teaching anatomy at an American med school based there. It was here that I found out that I didn’t even get invited for interviews by any of the four Canadian med schools I’d applied to.

It was quite disheartening! I pushed medicine out of my mind, and enjoyed my life in the Caribbean (it’s as dreamy as it sounds!). I had considered studying abroad, but it seemed like a pipe dream—for one thing, tuition for international students is incredibly expensive (even more expensive than regular tuition, if you can believe it). 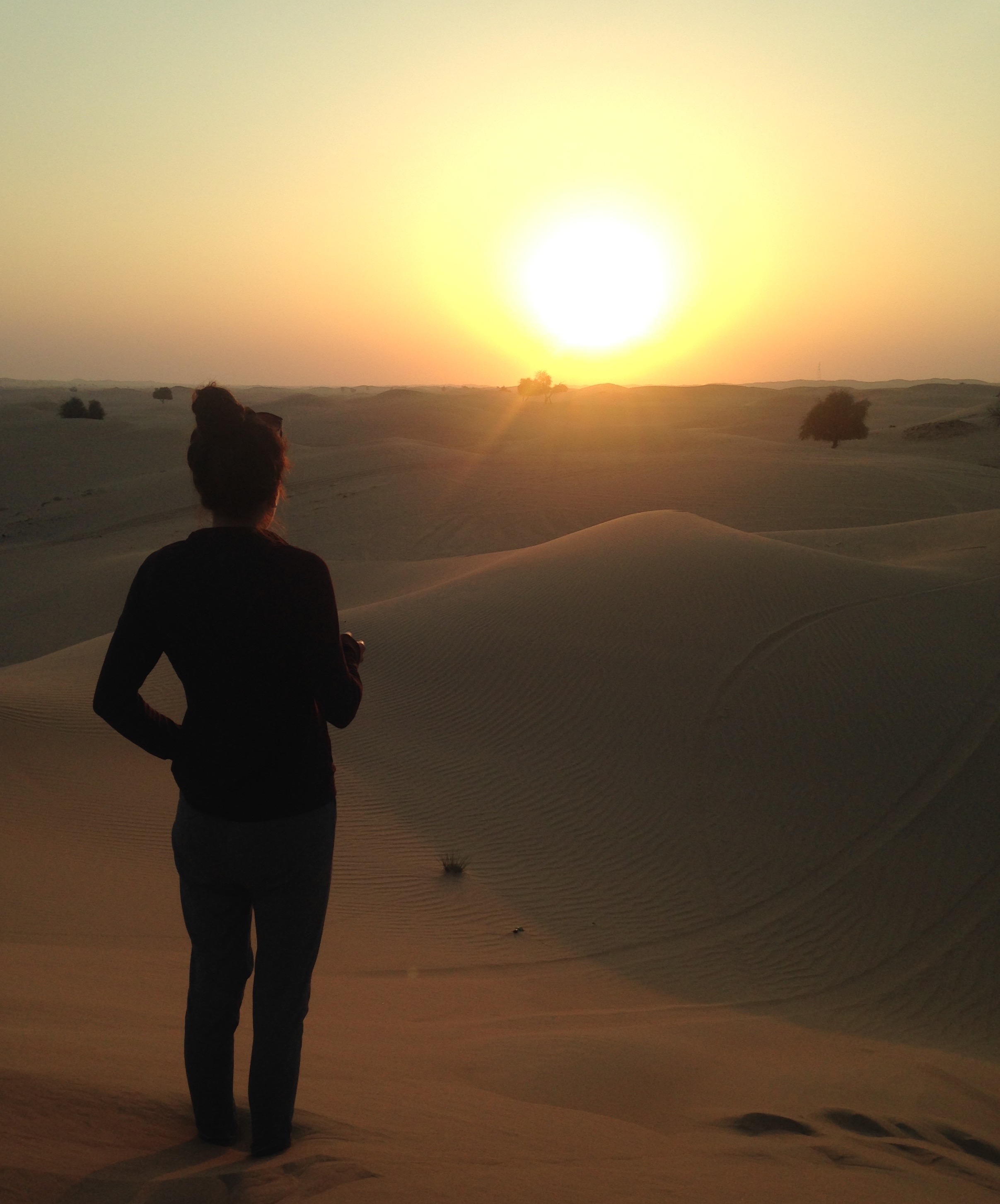 But I had nothing to lose, and had grown to love living abroad, so I did a bit more research and discovered that if I moved back to Scotland for a little while longer before starting med school, I’d be considered an “EU student,” which meant that I’d pay lower fees—even lower than back home in Canada.

I applied – and was accepted! – to a med school in Ireland, where I am currently studying. Schools in Ireland are particularly well-equipped to help Canadian students return home to start their professional careers—but they also provide an amazing opportunity to practice elsewhere in Europe; having a medical degree from an EU country allows you to practice in any EU country without having to take any additional exams to convert your qualifications (although we’ll see how the whole Brexit thing affects this for the UK!). The possibility of working in Spain, or France, or Germany – or anywhere in the EU – is very exciting to me. I’ve already been lucky enough to work in different countries and cultures, and I’ve found those experiences enriching in ways I never could have predicted. 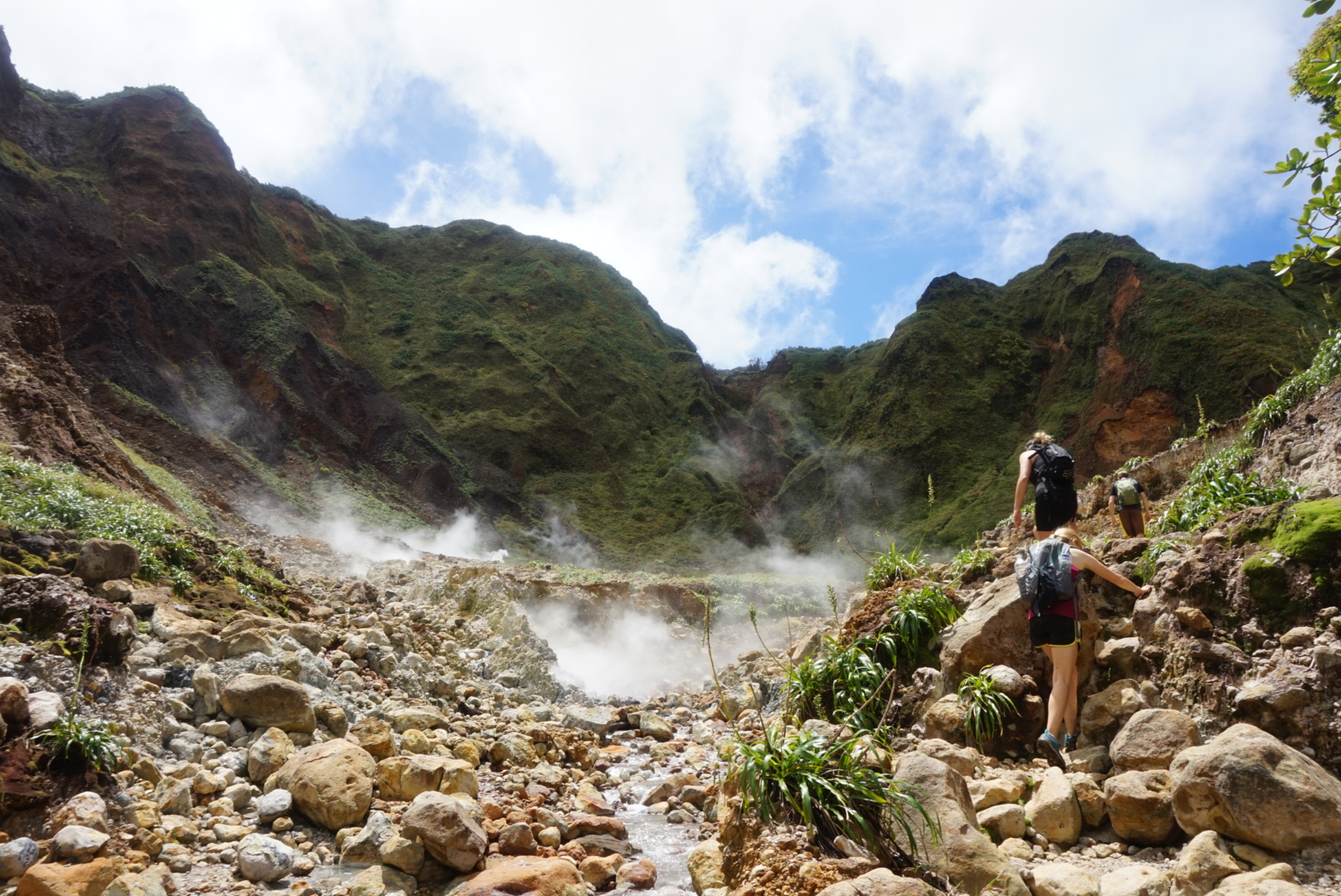 Living in a foreign country – even one that seems, on the surface, much like your own – gives you an extraordinary perspective on how medicine and health care is provided in different places. I have already discovered how much diagnostic tools and protocols can vary in different parts of the world. And not just between Europe and North America (which are, generally, aligned)—in places like Dominica, where there are very few resources, doctors must often think outside of the box when treating things that, in more developed countries, would be very routine and easy. Working in these diverse conditions, with a diverse range of doctors, has built a great deal of flexibility and imagination into my problem-solving skills.

I have no illusions that it will easy for me to get a job back in Canada as an international medical graduate. But the truth is, it’s tough for all Canadian med school graduates, and the benefits of having a European medical degree, for me, outweigh whatever obstacles I may face. The effect of studying and working abroad go beyond just medicine; it really opens your eyes to different values, different cultures, and gives you the opportunity to learn from people you wouldn’t otherwise meet—people who have grown up in a world very different than your own. How can that not make you a better doctor? And a better person?

Born and raised in Burlington, Ontario, Canada, I was the kid who wanted to try everything. I grew up in a musical house and started playing piano when I was really young - my mum is an incredible piano teacher - and this is something I still enjoy doing today. I picked up the flute, and piccolo, and even joined a marching band in high school (nerdy, I know) - the Burlington Teen Tour Band! Sports were always a big part of my life as well. Starting with ballet and jazz at 5 years old, I quickly learned ‘graceful’ wasn’t a word that suited me. Soccer and baseball in the park with my dad and two brothers seemed a better fit, so I swapped to soccer, volleyball, and especially basketball, which I continued throughout school.
I moved to Kingston, Ontario to pursue my undergrad at Queen’s University in 2008 and spent my summers up north of Orillia at a summer camp called Youth Leadership Camps Canada. Although, I could have done without the mosquito bites, days spent in canoes, on the high ropes course, and by the campfire were a dream! In 2013, I moved to Scotland and have been living abroad ever since - mostly in Scotland, a year in Dominica, and now in Ireland where I’m studying medicine. I love hiking and try to get to the hills whenever possible. I really enjoy cooking, Thai & Indian curries are my favourite, and I always appreciate a nice hoppy ale. Whenever I finally settle in one place for a while, you can be sure the house will have a few doggie pals.