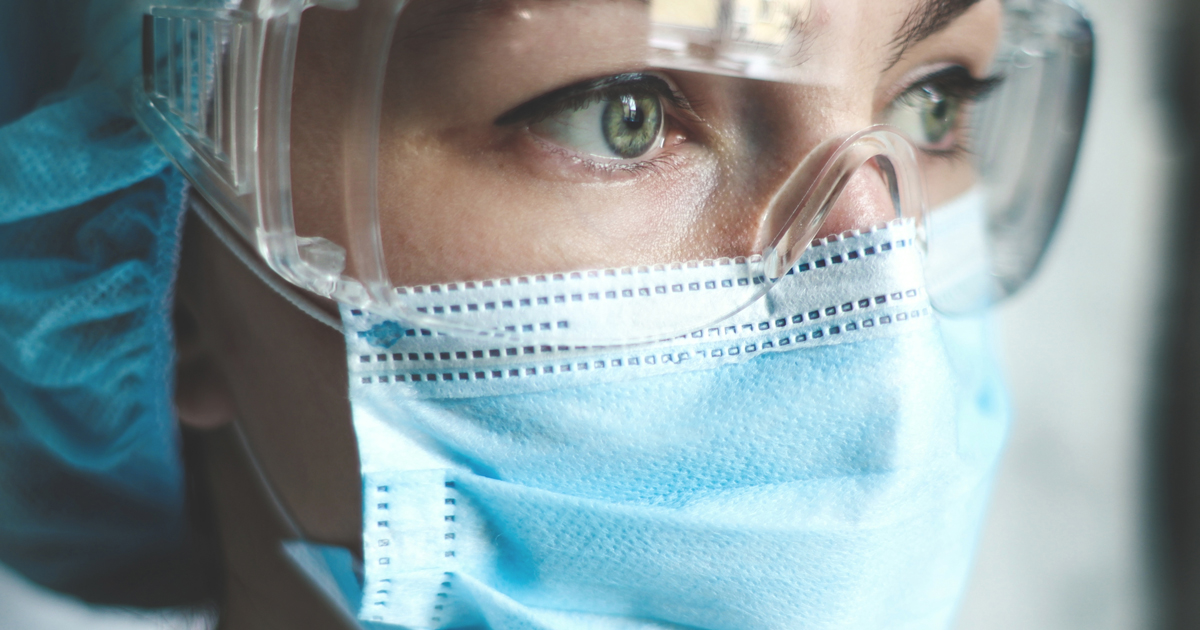 How one ER doctor has navigated the big shifts and tiny changes prompted by the pandemic, and how it has made her optimistic for the future

In March, when Dr. Elizabeth Shouldice returned to work in the emergency department of the Queensway Carleton Hospital in the west end of Ottawa, it didn’t feel like the same hospital she’d worked at for over a decade. “For the first time in years, I had trouble sleeping,” she says. “I felt anxious about going back to work, and about whether I would be able to keep my family safe.”

The true scope of the global pandemic was just becoming apparent, and health care institutions around the world had begun to prepare for the worst. Dr. Shouldice, an emergency physician, was understandably nervous. “So much had changed. It’s the little things that throw you off the most—I didn’t know what door to go in, or what scrubs to wear.”

The next patient you see might be the patient who is infected, and that might be the moment you drop your guard

Since then, the new reality has become routine. But as the future remains uncertain, things at the hospital – and in health care practices across the country – continue to evolve on a weekly basis. “I’m very proud of the team at Queensway Carleton—a lot of what we’ve done to address COVID has been impressive, and a big part of what has kept the staff going. We were one of the first hospitals to divide the emergency department into two zones, one for low risk patients and one for high risk patients.”

Changes of such magnitude usually take time – sometimes years – to be instituted, especially in a complex system like a hospital. But Dr. Shouldice points out that this is now happening in real time, and medical staff are forced to adjust on the fly. “Some colleagues described it as being pretty much the same job, but in a mask—but maintaining hypervigilance for this long is really difficult. You’re always waiting for the other shoe to drop. The next patient you see might be the patient who is infected, and that might be the moment you drop your guard.”

While an emergency department’s metrics for efficiency are typically based on the volume of patients it can accommodate, they have pivoted towards safety as a primary focus. “Getting rooms turned over quickly matters more than ever, and there are unsung heroes, like the cleaners, who are working twice as hard to get that done, doing full cleans between every patient, even for something as simple as an eye scrape. It’s inspiring to work like this, though. Everyone is at their best.”

“To be an efficient emergency physician, you have to do a lot of things at the same time—over the years, you create little habits and routines that help you do that, you develop muscle memory. And now, you’re in one room, you’re interacting with patients – and your own equipment – in different ways.  All your little habits and routines are no longer applicable. Even the most common medical procedures have changed; there are totally new procedures for resuscitation.” The result? Front line health care workers must be humble and rely on each other for help. “You have to say to your team members, can you watch me take off this PPE?, because that moment is when you’re at the highest risk for infection. You have to assume that your gear is contaminated when you doff it, you can’t just fling it off like you’re on Grey’s Anatomy. I read online the role of watching a colleague remove PPE is so important it should have an important title, The Dofficer was suggested and I just love it.”

As the world slowly settles in to its new normal, Dr. Shouldice admits that it’s hard not to become complacent. “We can’t get bored with this. We can’t feel like it’s all over.” But she is nonetheless encouraged by where Canada finds itself right now. “Seeing what’s going on in other places shows what happens when you rip off the band-aid too quickly.”

Still, hospitals and their staff are planning for a second wave. Queensway Carleton has upstaffed the emergency department, keeping two physicians on call, and have been preparing new emergency response measures. Still, the fatigue of facing the threat of COVID-19 is taking its toll. And not just on physicians. “Other staff, like admin and cleaners—they’re all tired. And as volumes of patients creep up, we know that there won’t be a reprieve anytime soon. We can only tolerate a second wave if capacity is at 80%, and right now in Ontario we’re not there.”

Ultimately, as it is in so many other areas of life, not all of these evolutions and adjustments are temporary—or negative. “There are things we've wanted to change for the last decade, and within a matter of weeks we’ve been able to change them. By maintaining our compassion for our patients – and for each other – we’ll come out of this being able to offer patients even better care.”