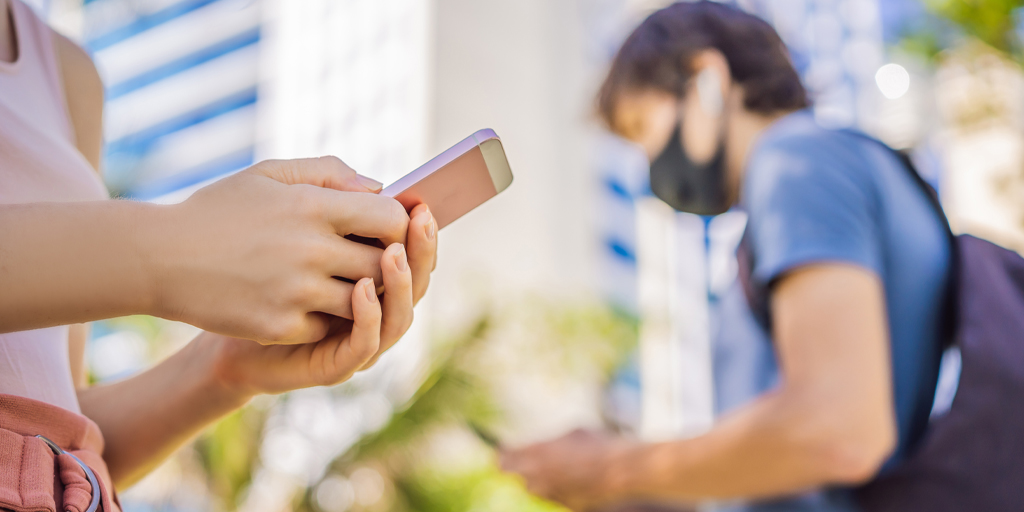 Franco Rizzuti was preparing for the COVID outbreak long before most others. As a public health and preventive medicine resident, he was working on a response plan way back in mid-January when the idea of a global pandemic bringing the entire world to a standstill was still the stuff of science-fiction. But, as we all know, fiction quickly became fact, and by early March, when the first surge of cases hit Alberta, the routine operational health processes that were in place for tracking the spread of the virus – contacting the infected, finding out where they've been, who they’ve been in contact with, giving them instructions for self-isolating, following up – were under tremendous strain. As part of a larger team, Franco and his team had to figure out how to manage the volume of work they were suddenly facing.

In the first 12 hours, they were able to pull together a group of 20 med student volunteers to start handling calls. From there, they brought in 150 students from the University of Calgary, and a few weeks later, even more volunteers from the University of Alberta. Some student contact tracers worked remotely to help with social distancing at the physical Alberta Health Services (AHS) locations set aside for this work, and to protect their immunocompromised loved ones at home; others worked remotely despite being out of province to help with the effort. All told, they quadrupled the preexisting communicable disease workforce in Alberta. These teams were later joined by various allied health workers redeployed by AHS.

Manal Sheikh was in the middle of cases during her general surgery elective in Toronto when the initial call for student volunteers went out. “During my rotation, there was already talk about conserving PPE, elective cases being cancelled, so I had a feeling that things were going to change. Still, when it happened, it was surprising.” Even though she was in a different time zone, she sensed the urgency of the request, and like many med students, wanted to do whatever she could to contribute. “The practice of public health is so different from the book knowledge we learned. I appreciated being able to reach out to people affected by this virus and help them navigate this incredibly tough situation, while being cognizant of the role of the social determinants of health in these discussions.  The real privilege with contact tracing is that we still connected with people in a really meaningful way.”

Takshveer Singh joined the initiative on the second day and admits that its transformation to a well-oiled machine was a process requiring creative ideas and continuous effort from the team.  “We felt somewhat lost on occasion, especially in the initial stages, but collectively we got things done—we were very adaptive.” With rapidly shifting guidelines from governing bodies and changing goals, the group didn't always know what the expectations were, but they were always willing to work hard and push through. “Everyone was trying to figure out how to deliver a sustainable program, all while getting through their unpredictable workloads. And even though we had to go a little cowboy sometimes, acting on necessarily incomplete information, I was constantly impressed by the steadfast dedication of everyone around me.”

For Skye Russell, another student volunteer, the experience has given her some unexpected perspective. “Any opportunity to be involved in caring for patients is a privilege; contact tracing gave us the chance to contribute when frontline work was not possible.” It has also served to further reinforce her own confidence when it comes to the practice of medicine. “As medical students, we need to trust in our training and know that we are smart and capable young people—you have to just make the call. It’s an essential part of medicine, so developing this skill in the context of public health and contact tracing has been invaluable.”

Jasleen Nijjar saw the call for volunteers that first day, and jumped right in. Being a part of the initiative taught Jasleen a lot about how public health operates behind the scenes. “I don’t think a lot of us actually knew what we were signing up to do, we just wanted to help in whatever capacity we could. Public Health works tirelessly, operating quietly in the background, handling things so smoothly that we're not even aware they’re doing it. Over the past few months, we've gained insight into many of the skills that are essential in Public Health, such as strong communication skills, the ability to connect with individuals in their preferred languages, and an awareness of how the social determinants of health impact health outcomes - especially with vulnerable populations. I hope to return to my clerkship rotations with these at the forefront of my mind.”

During the effort, there were 300 medical students trained and working in contact tracing. “They’ve been amazing,” says Franco. “Their speed, their ability to learn—the truth is, med students are very well equipped to do contact tracing. They know what’s relevant and what's not. There are lots of things that these med students found that others would likely have not.” And the fact that so many of them were able to quickly mobilize, learn, and get to work was essential to easing the tension on the public health system. “Early on, we’d be overwhelmed by 4-5 cases in a night, and now we can comfortably handle 100-150 cases per day.”

The model they’ve developed has turned heads across the world, as public health organizations everywhere are looking for efficient, effective ways to track the spread of the virus in their communities. “Our model works, and because of this, we’re working with the Canadian Federation of Medical Students and public health leaders across the country to share it. Our resident lead, Richelle Schindler, has been approached by places in the US and UK to ask how we’re doing this.”

“People are eager to do their part to flatten the curve,” says Jasleen. “And the calls always ended with people telling me to stay well and be healthy.” In the middle of all this, a little faith in humanity can go a long way.