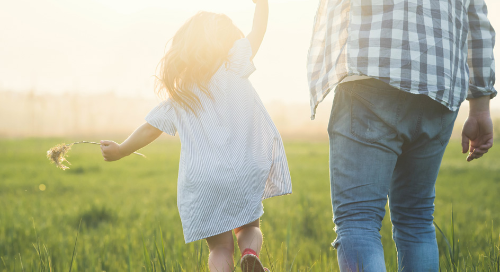 How one med student’s journey proves that there’s no such thing as a traditional med school applicant.

When you think of a typical med school applicant, you might picture a high-achieving young student with amazing grades who has been planning and strategizing their career in medicine since they first learned how to read. And there are a lot of applicants like that—but not everyone fits that mold. I find many people who are thinking of applying to med school don’t see themselves – or their experiences – reflected in that stereotype. And it can make them hesitate to apply at all. Like I did, they wonder: am I the kind of person who can get into med school?

It turned out I was. And I did. Even though I’m not what you might call a traditional applicant.

For example: I have two small children – a 2-month old and a 7-year-old – and people often ask me how I manage the demands of parenthood and pressures of med school, all while staying involved in the community. I never quite know how to respond to this question. Parenting isn’t easy, but, at the same time, I can’t imagine going through this without them and wouldn’t be where I am today without their support.

My partner Sarah and I were less than a year out of high school when we found out she was pregnant. We were 18. I was selling furniture in rural Saskatchewan and she was working as a waitress at a local family restaurant. At the time, the idea of having a kid terrified us. We had no money saved and no idea where we were headed with our lives. After a lot of reflection, we decided that I should go back to school – to “make something of myself” – and ensure that I could provide a stable future for our son.

I began this journey at Saskatchewan Polytechnic, a small college in Saskatchewan, where I discovered my love of learning and earned a Business Certificate. With Sarah’s encouragement and support, along with the rest of my family, I decided to take the next big step and enrolled at the University of Regina, where, five years later, I graduated with a Bachelor of Kinesiology.

Along the way, I spent a year at the Canadian Memorial Chiropractic College in Toronto. It was here that I first began to think about medical school. Before then, I had never even considered it. For someone with my background, it felt out of reach. I knew of a couple other people from my high school who had gone to med school, but that kind of thing was never talked about in my family, and with a young child at home, it felt like a virtually impossible goal.

Of course, since entering med school, we’ve had to make sacrifices – I’ve missed events, I have to spend a lot of time away from the people I love – but, at the same time, our family has grown closer than ever, and we continue to strengthen our bond as we overcome each new obstacle along the way. We might have less time together, but that just means we cherish the time we do get; without my family to come home to every night, to push me when I want to give up, to pick up the slack at home when I can’t, I wouldn’t be where I am today.

The message I want to leave you with is simple: to succeed in med school, you don’t need to be that traditional applicant that everyone (including you) pictures in their head.

Sometimes the elements of your life and background that others might perceive as a disadvantage might actually be the things that make you a great student. For me, being a parent and taking this winding path to get here has benefitted me greatly—and as I move forward in my career, it will allow to me care for my patients in a way that I wouldn’t have otherwise been able to.

Lucas King is a medical student at the University of Saskatchewan who will be completing an MBA this year before entering 3rd year in 2021. He is also the Director of Student Affairs-elect with the Canadian Federation of Medical Students and a Board member of the Saskatchewan Weightlifting Association.  He spends his time outside of medicine playing board games, reading fantasy novels, and spending time with his 2 children. He is known for enjoying anything that involves castles, dragons, and magic.