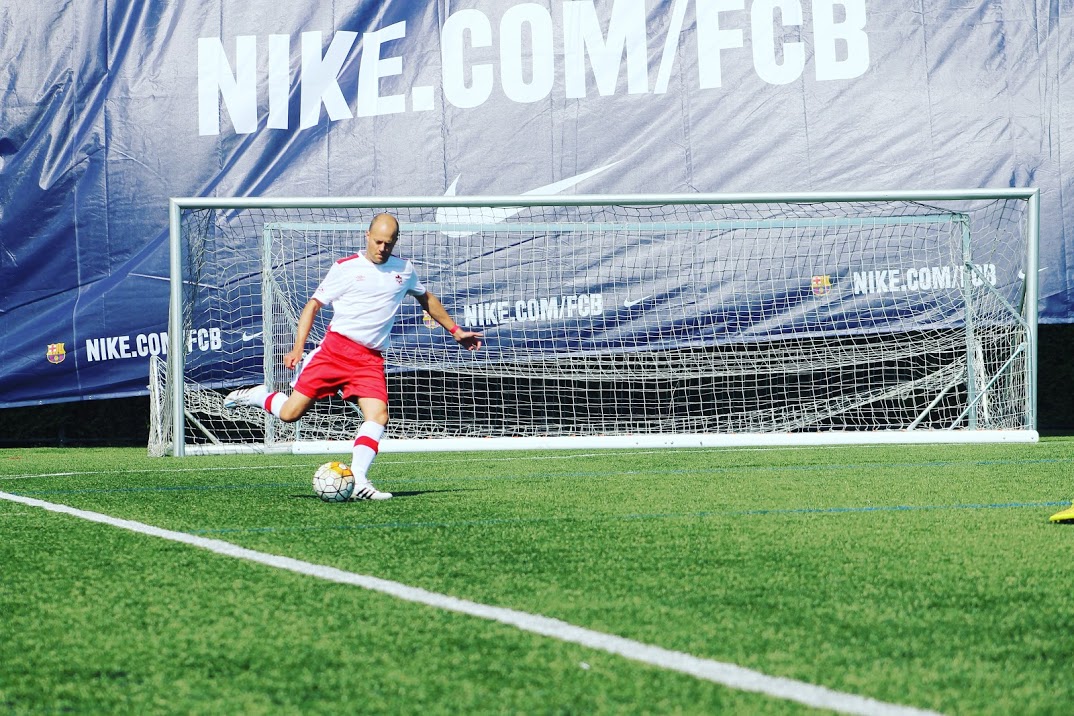 The unexpected benefits of playing on Canada’s Medical Football Team

I’ve always hated getting spam in my inbox—but the truth is, if it wasn’t for a piece of spam email, Canada’s Medical Football Team probably wouldn’t exist.

The email in question came from the Irish Medical Post, where I’d attended medical school, and featured a photo of the Irish football team who had just played in the world Medical Football Championships in the United States.

Nothing was going to stop me—I had a mission. 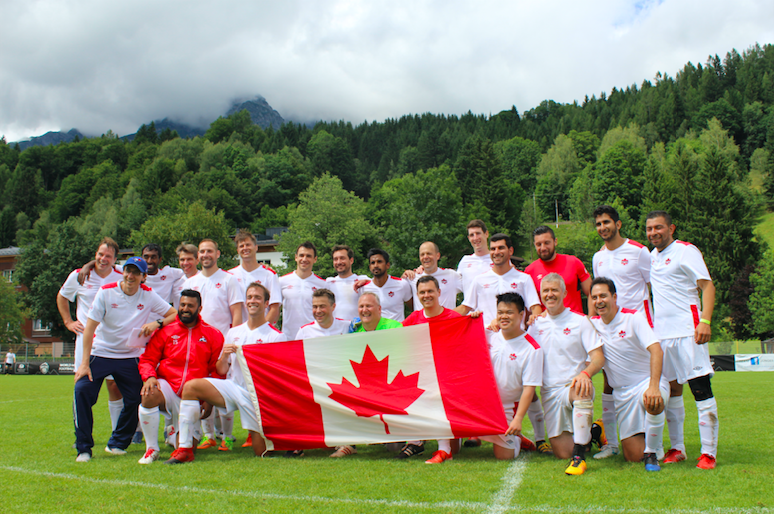 I immediately began trying to track down the organizers of the Canadian team, with hopes of sneaking my way onto the roster so I could fulfill my dream to play internationally for Canada. But I quickly discovered that Canada didn’t have an official medical football team. There was no time to be disappointed, though. Nothing was going to stop me—I had a mission. I began to recruit other medical professionals in hopes of assembling a squad for the 2016 tournament in Barcelona, Spain.

That first year, I was able to scramble together a team of 23 Canadian physicians from across the country. We flew to Spain, where we had the incredible opportunity to sing our national anthem on the pitch while facing off against teams from Australia, South Korea, and even the powerhouse United Kingdom. Our first game, however, was a definite wake-up call. Players who had never met before were thrown out onto the pitch together, and forced to sync with each other on the fly. It was incredible, over that first week, to watch them gel, and grow, and begin to work together as a team. 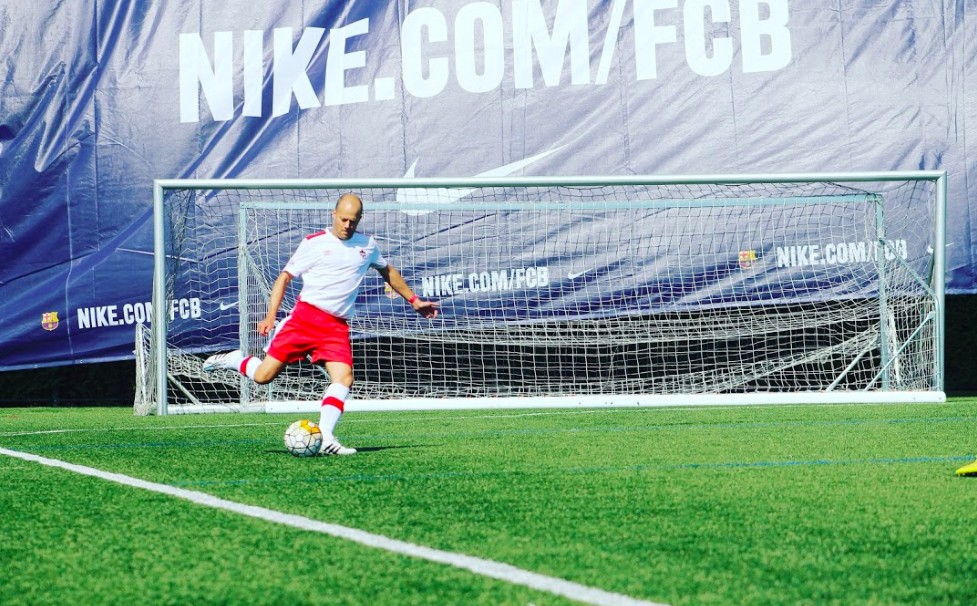 In the end, we finished 14th overall out of a field of 24 teams. Not bad for a team that, less than a year earlier, hadn’t even existed.

But our result on the scoreboard wasn’t what made this opportunity special. What we discovered was that playing on a team together gave us all a chance to meet, network, and establish informal mentorships with other physicians from across the country. It’s not easy, under normal circumstances, to interact with past presidents of provincial medical associations, or the heads of departments, or the heads of intensive care units—but once you’ve played with them on the pitch, it’s easy for those relationships to develop and flourish.

What’s more, the Medical Football Championships itself offered an incredible opportunity to connect with physicians from around the world—people who not only shared our passion for soccer, but our passion for medicine, too. In fact, there is a strong academic component to the tournament: mornings consist of an International Symposium on Sport and Health, which is now entering its 24th year internationally.

To live a unique and successful life as a physician, you have to find a balance between your clinical and personal passions.

Team Canada has now participated in three tournaments – the 2016 and 2017 World Championships in Spain and Austria, and the 2018 America’s Cup in Cancun, Mexico – and we’re preparing for the upcoming 2018 championship in Prague. 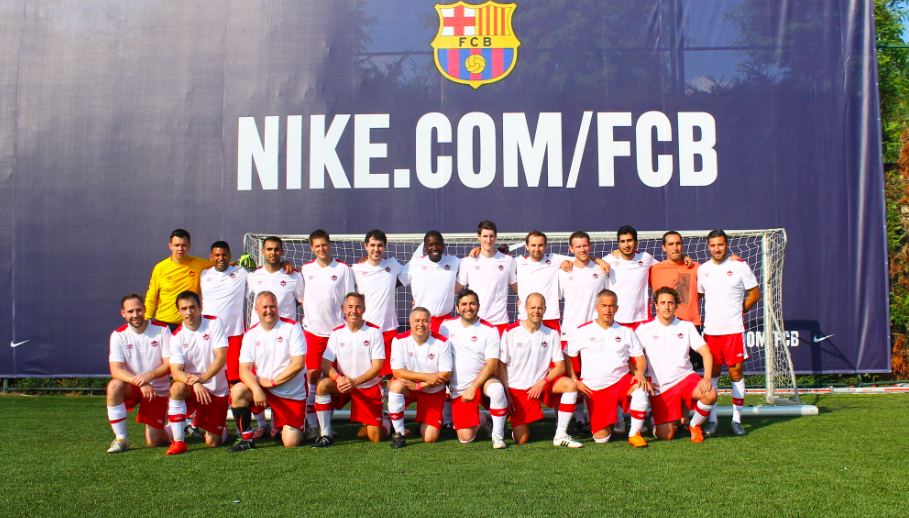 Personally, organizing this team, and giving this opportunity to physicians across Canada, has been incredibly fulfilling. It allows physicians to maintain a work-life balance, and gives them an outlet for a passion outside of medicine that can help motivate them throughout their careers. I believe our players serve as role models for younger physicians who might worry about the sacrifices they have to make in their personal lives in order to survive the rigorous demands of medical school training and residency.

To live a unique and successful life as a physician, you have to find a balance between your clinical and personal passions. And that’s exactly what Canada’s Medical Football Team has helped me – and so many others – achieve.

Dr. Paul Dhillon loves to combine travel and medicine and this allows him to enjoy travelling as Manager-Player of the Canadian Men's National Medical Football (Soccer) Team and to work in Ebola hot zones as well! Outside of work related travel he enjoys returning to Ireland with his beautiful Irish wife to cherish the memories of his medical school days over a pint of Guinness with his good friends.